When the 2016 Acura MDX won the Consumer Guide® Automotive Best Buy award for the best Premium Midsize/Crossover SUV, we were excited, but not surprised. As a six-time winner of this prestigious award, we weren’t shocked that the 2016 MDX continued to turn heads as it has done since 2009.

But Acura hasn’t stopped their innovation there. They’ve unveiled the new 2017 MDX model, complete with some important new changes that give the 2016 MDX a run for its money, including beautiful new exterior and interior styling and a 360° backup camera that puts previous model’s backup-camera systems to shame. 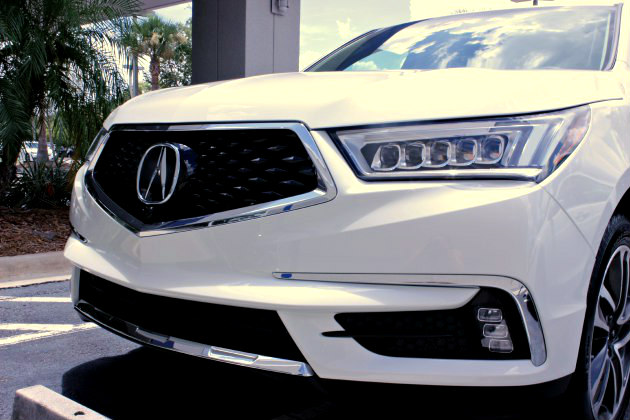 If you haven’t yet seen the new 2017 Acura MDX, you’re in luck. We spent some time looking through our 2017 MDX AWD with Advance Package so we can give you the skinny on Acura’s important new aesthetic and feature updates to their award-winning luxury SUV.

We’ve all been there: the parking lot is full, and you’ve just spotted the last available parking spot – but quickly find out your neighbor decided to borrow some of your space.

As soon as you turn off the ignition, the 2017 MDX’s mirrors automatically fold in, giving your paint job some breathing room when the kids in the SUV next door swing their door open too fast.

This gives the new model a luxurious feel that just can’t be replicated by shiny wood veneer details in lesser midsize crossovers. It’s the equivalent of soft, genuine leather seats instead of sticky, plasticky faux-leather — you know the luxury when you see and feel it.

Personal space: It’s one of those things you don’t truly appreciate until you’ve been crammed in the backseat with two other people for a road trip, jockeying for elbow room.

The 2017 MDX Advance Package swaps out standard second row bench seating for heated captain’s chairs and a center console complete with cup holders and not one, but two USB charging ports (ask your teenagers: they’ll say this feature is more important than airbags).

Behold, the New Has Come:

Everyone gets their own charger, no one gets stuck with the middle hump seat, and no one has to touch each other. It’s enough to make a road trip sound fun again.

One of the most dramatic changes to the 2017 MDX is the beautiful diamond pentagon grille, an elegant and unique update from the chrome “beak” that garnered so much disapproval on MDXs past. 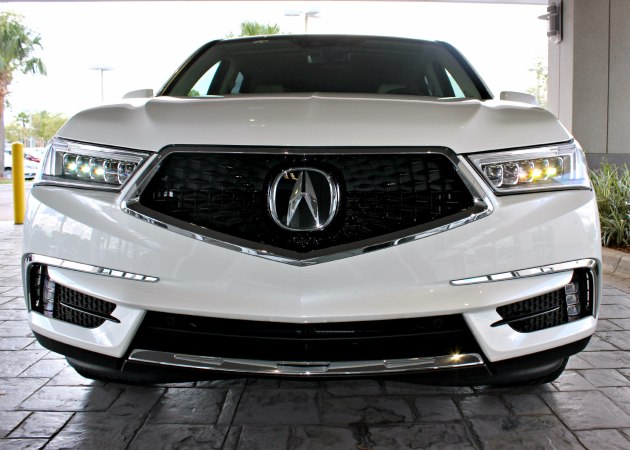 This overhaul also features chrome accents and LED Jewel Eye™ headlights in addition to a recarved silhouette that gives the front of the MDX sleeker, sportier lines.

Of all the important improvements Acura made to the 2017 MDX, the Surround View Backup Camera is by far the one we’re most excited about.

This backup camera system allows for a 360° view when in reverse, allowing drivers to see the ground directly in front, beside, and behind their car, as well as a traditional backup view. You’ll never have to deal with parking lot cross-traffic coming out of nowhere again!

It’s clear that Acura put a lot of thought into their redesign of the 2017 MDX. We believe it’s the little details paired with impressive overhauls that make a car great, and the 2017 MDX Advance certainly lives up to the challenge. If you’re interested, take a look at our website or come in for a test drive, and we’ll show you the other hundreds of reasons why the 2017 MDX is worth a look.